Dr. James Coplan on the History of Autism and Advances in Treatment 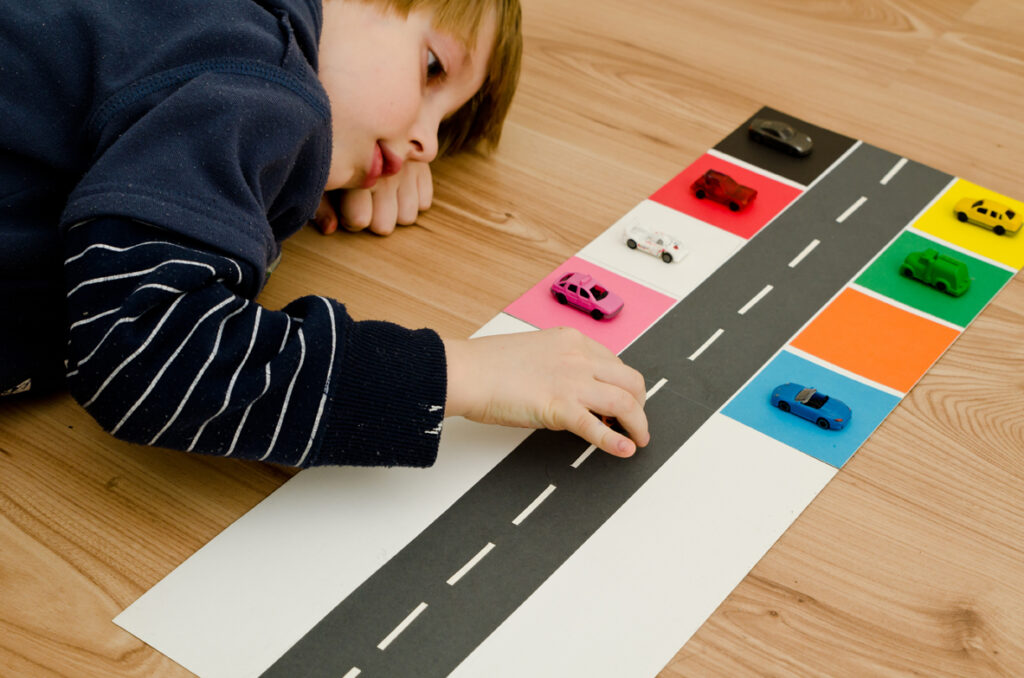 By Erica Houskeeper
The 18th annual UVM Summer Autism Institute, June 24-26, will address aspects of inclusion and transition, research, and effective treatment of ASD. The event will take place at the DoubleTree by Hilton in South Burlington.
James Coplan, MD, a keynote speaker at the UVM Summer Autism Institute, will present, “Autism: What Have We Learned in the Past 125 Years?” Dr. Coplan is a neurodevelopmental pediatrician and author of Making Sense of Autistic Spectrum Disorders: Create the Brightest Future for Your Child With the Best Treatment Options. He is board certified in Pediatrics, a Fellow in the American Academy of Pediatrics and the Child Neurology Society, and Clinical Associate Professor of Nursing at the University of Pennsylvania.

We talked to Dr. Coplan about the history of autism and advances in treatment.

Public perception is that autism is a relatively new neurodevelopment disorder. What was happening in the 19th century? 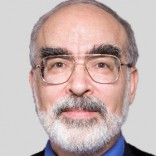 Dr. James Coplan
The first detailed description of autism dates from the 1880s, written by English physician Langdon Down, who described the classical features of autism, such as echolalia, excellent rote memory, social isolation, repetitive behavior, and stereotypies, but didn’t give the condition a name.
In the 1940s, Leo Kanner and Hans Asperger used “autism” to describe the same condition. There are fragmentary descriptions of what sounds like autism spectrum disorder at least as far back as Colonial times and descriptions in European literature that go back even farther. Basic science research has uncovered that mutations on chromosome 16 — a known cause of ASD — may have arisen as long as 250,000 years ago. If true, then ASD (or some genetically based “ancestor condition”) may have been with us as a species for a very long time.

What do you say to people who believe we are experiencing an epidemic of autism?

There has been an “explosion” in the proportion of persons getting a diagnosis of ASD (“prevalence”), most of which is due to broadening diagnostic criteria, increased awareness, and changes in education law. Prior to 1990, there was no checkbox on the Federal Department of Education forms for “autism.”
Once autism became a recognized diagnosis under Federal Law, it became reportable, and the apparent number of children with the diagnosis spiked. But there was a mirror-image decrease in children with other diagnoses (Mental Retardation, Emotional Disturbance, ADHD), suggesting that some children were being reclassified from their former diagnosis to autism. Around the same time, DSM-III-R and DSM-IV loosened the criteria for getting a diagnosis.
In 2007, the National Health Service in England conducted a door-to-door study based on a random sample of adults throughout the country. They found that the prevalence of ASD, using today’s criteria, was virtually the same among senior citizens as among today’s children. In other words, no change in actual prevalence (as opposed to the reported prevalence) of ASD going back 70 years. So there’s no proof behind the claims for an autism “explosion” or epidemic. It’s possible, but not necessarily the case. I’d like to see the English study replicated somewhere. Oldsters, like me, are a time capsule into the past, waiting to be studied.

How far have we come over the past century? What kind of progress still needs to be made?

The biggest advance of the 19th century was to recognize that human behavior is grounded in the laws of nature. Human behavior is far more complex, say, than studying the movement of the planets under the influence of gravity. But it is not capricious. And people with unusual behavior are not — as was once believed — “touched” by the devil.
Toward the latter half of the 19th century, scientific study of human behavior got off the ground with the work of Paul Broca and Karl Wernicke, and reports on Phineas Gage, the railroad worker who suffered a frontal lobotomy during an industrial accident. (Gage’s skull and the tamping iron that passed through it are on display at Harvard University.)
The 20th century witnessed the emergence of brain-imaging techniques, which enabled researchers to study the action of the brain in awake, non-injured subjects. The 21st century has seen immense progress in “functional brain imaging” — the view of the action of the brain at work on specific tasks.
We’re also witnessing an explosion of knowledge in behavioral genetics: the relationship between genetic code and behavior. But we’re only on the threshold of a new understanding. The interactions between genes, environment, and behavior are complicated, but for the first time we have tools that let us begin to get a handle on these interactions.
I think the biggest challenges we face are:

Given the debate and debunked theories that vaccines cause autism, what is known about the etiologies of autism?

“Autism” is a collection of symptoms, not a specific medical entity. There’s not one cause of autism. Someday we may even abandon the word “autism” for terminology based on underlying medical causes or areas of brain involvement, rather than symptoms. In the 19th century, people died of “Bright’s Disease” – the catch-all term for chronic kidney disease. Nobody dies of “Bright’s Disease” today because the term itself has been abandoned in favor of specific descriptions of particular forms of kidney disease. You might even say that Bright’s Disease has gone out of existence (along with a lot of other 19th-century diseases).
A hundred years from now, people may look back at us and consider how ignorant we were to have lumped so many different disorders under a single label: “autism spectrum disorder.” There’s an argument going on right now: The official term in DSM5 is “Autism Spectrum Disorder (“disorder” – singular). Some prominent researchers, including Fred Volkmar, MD, add an “s” to “Autism Spectrum Disorders” (“disorders” – plural) to emphasize that we’re talking about a diverse group of conditions, not a single disorder.

What are some of the biggest misunderstandings about autism?

The biggest stumbling block is the mistaken notion that Mother Nature puts people into diagnostic cubbies. The first problem this leads to is quibbling over the question, “How autistic is ‘autistic enough’ to get a diagnosis?” However, there’s no bright line separating “people with ASD” from “normal.” Rather, there’s a continuum. For example, many parents or siblings of kids with ASD have mild features of ASD themselves. Diagnostic references (such as DSM5) reject the idea of “sub-threshold autism.”
But Mother Nature is not bound by DSM5, and the fact is that for every child or adult who meets criteria for fully-expressed ASD, there are probably half a dozen more who don’t quite meet the official criteria, but lie on the spectrum nonetheless. They still struggle with theory of mind, central coherence, and cognitive rigidity — the core neuropsychological characteristics of ASD — even though they may have pretty good eye contact and speech.
The second problem with the wish for diagnostic cubbies is the overlap between ASD and “mental illness.” We hear the word “co-morbidity” all the time: ASD plus “co-morbid” anxiety disorder, ADHD, or mood disorder – as if ASD and these other conditions are separate entities that just happen to coexist. In fact, life is like a watercolor painting, where borders between objects flow into one another. At a younger age, the atypicality may predominate. As the child gets older, symptoms of “mental illness” may predominate. At a genetic level, ASD, anxiety disorder, depression, ADHD, bipolar disorder, and schizophrenia are all caused by the same pool of genes. So it’s not a case of “co-morbidity,” but rather “continuum and metamorphosis” – the same underlying genes give rise to a host of symptoms, and over time the symptoms can “morph” from ASD into “mental illness.” We give them separate names, and in the DSM they appear in separate chapters, but they’re all joined at the hip by genetics and shared biological pathways.

At your presentation at UVM’s Autism Institute, what would you like people to come away with?

Forty years ago, when I was a pediatric resident, one of my mentors offered me the following advice: “Be prepared to learn from others, while always keeping your own goals firmly in mind.”
Going back farther, I remember JFK’s inaugural address. He was referring to negotiating a nuclear weapons treaty with the Communists, but the principle is applicable to our field as well: “Let us remember that civility is not a sign of weakness, and that sincerity is always subject to proof.” Sadly, when I survey the autism “community,” I see a lot of incivility and a lot of people who’ve written off the possibility of learning from others. It upsets me to see children dying because they were not properly immunized, but I can sympathize with frightened parents. It upsets me even more when I encounter researchers whose minds are closed to ideas coming from outside their field of expertise.
Science deals in probabilities, not certainties, and the results of science must always remain “falsifiable” — open to disproof, if and when a better theory comes along. The moment certain “facts” become sanctified as Received Truth, never again to be questioned, is the moment intellectual integrity goes out the window, and superstition begins to replace science.
We need to get beyond thinking in terms of diagnostic cubbies – both with regard to “ASD” versus “not ASD” and in terms of the overlap between ASD and “mental illness.”
Finally, we need to recognize that the goals of adults with ASD may differ from the goals of parents of young children on the spectrum, and somehow we need to honor both sets of goals, even though they may be different. It all comes back to listening respectfully to the other person, with an open mind, but keeping JFK’s admonition in mind: Sincerity is always subject to proof.