Antioch University’s roots began as Antioch College. It first opened its doors in 1852 in Yellow Springs, Ohio. Antioch’s first president, Horace Mann, was a lawyer and Congressman from Massachusetts, a well-known abolitionist and social reformer. He is considered the founder of public education in the United States, believing that a well-educated populace was essential to a strong democracy. In his first graduation speech, Horace Mann implored the Antioch graduates to “be ashamed to die until you have won some victory for humanity.” Those words remain throughout our history a guiding light of our values and an underlying commitment to an Antioch education. 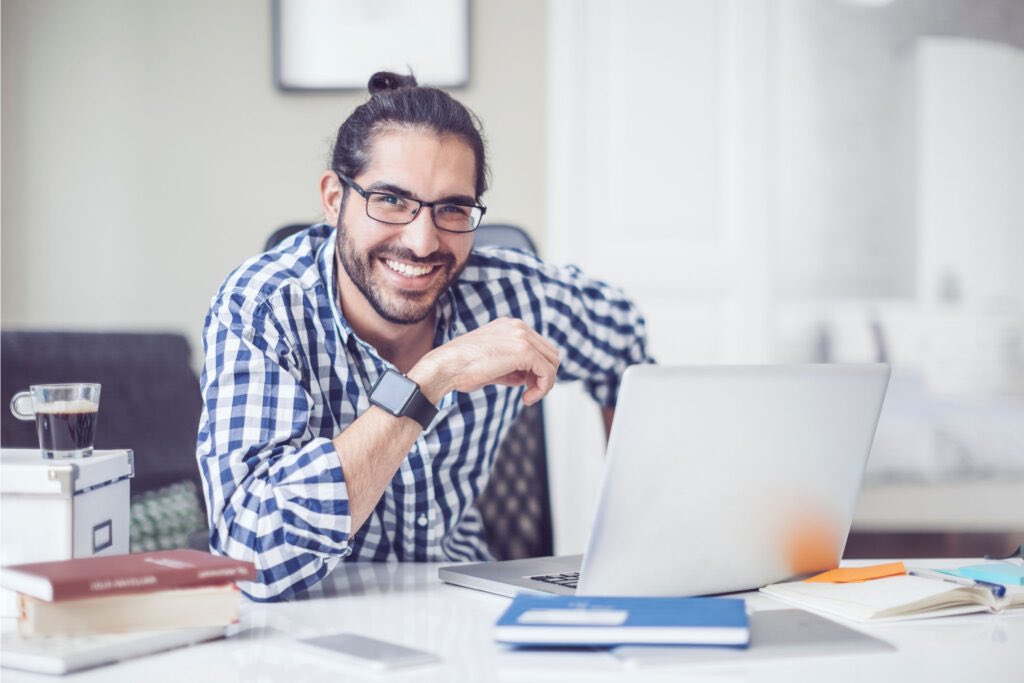 Nonsectarian and co-educational from the outset, Antioch was a leader of progressive thought and innovation. Antioch was the first college in the country to have a woman faculty member as equal to her male counterparts. Antioch’s curriculum was the same for men and women and we admitted black and white students to learn together over a century before civil rights laws would require the same result. In the early 1860s, Antioch adopted a policy that no applicant could be rejected due to his or her race. Sadly, this was quite revolutionary for its time.

The modern Antioch began to take shape in the 1920s under the leadership of President Arthur E. Morgan. As an engineer and former Chair of the Tennessee Valley Authority, he was interested in progressive education. He reorganized the Antioch curriculum to include co-op, a structured method of combining classroom-based education and practical work experience. Antioch was the first liberal arts college in the United States to establish a co-op program. This important innovation in experiential learning has been widely reproduced throughout higher education today.

Always positioned at the forefront of social activism, the period during and after World War II proved even more groundbreaking for Antioch. During the war, Antioch participated in a program that allowed Japanese citizens incarcerated in internment camps to enroll at Antioch and move to Yellow Springs, Ohio.

Also in the 1940s and beyond, Antioch set out to diversify the campus by offering more scholarships to people of color. A number of famous African Americans graduated from the College, including Coretta Scott King, author, activist, civil rights leader, and the wife of Dr. Martin Luther King, Jr.; Eleanor Holmes Norton, Congressional Delegate for Wash. D.C., and A. Leon Higginbotham, Jr., civil rights advocate, author, and Chief Justice of the U.S. Court of Appeals for the 3rd Circuit.

The current Antioch University began to take shape in the 1960s. As Antioch College’s reputation for academic excellence, social relevance, activism and experiential learning continued to grow, so did its campuses. As part of the ‘university without walls’ movement of the 1960s and 70s, Antioch expanded to sites across the country. The strong values-based nature of developing these campuses is important to recognize. The vision inspiring the expansion in the mid- to late 1960s and early 1970s was to serve adult learners and especially women and minorities, an approach to ‘taking the ivory tower’ out to the people. This was a very distinctive call for higher education at the time.

The first of the adult campuses, today’s Antioch University New England, was established in 1964, and the last, Antioch University Santa Barbara, was established in 1974. During this era, over 35 Antioch “satellite” campuses were founded across the country, including locations in inner cities from coast to coast, on native-American reservations, and in international locations. Antioch also founded an innovative law school in 1972 in Washington D.C. which operated on an experiential legal clinic teaching model. All students of the Antioch School of Law participated in the clinic which provided legal services to poor and underserved communities in D.C. The law school now operates as The University of the District of Columbia David A. Clarke School of Law and is no longer part of Antioch University.

Due to its expansion of programs, graduate degrees, and campuses, Antioch’s name was changed in 1978 from Antioch College to Antioch University. Nonetheless, it is the same institution that was originally incorporated in Ohio in 1852. It has been in continuous existence since then, and has been continuously accredited by the Higher Learning Commission since 1926.

We are proud that Antioch University has had significant influence on higher education; in fact, the precursor to the national Council of Adult and Experiential Learning (CAEL), was founded by Morris Keeton when he was Antioch’s Vice President of Academic Affairs. CAEL’s influence was instrumental in facilitating other colleges and universities recruiting and supporting adult learners, especially as the demographics of traditional 18 to 22 year old students was decreasing in the 1980s.

We are also proud of the many innovations in academic programming offered by the campuses in promoting undergraduate degree completion and graduate degrees responsive to the needs of adult learners. As examples, our New England campus offered Antioch’s first APA accredited doctoral program in Clinical Psychology (PsyD) followed by a PhD in Environmental Studies, one of the first in the nation. In 2001, Antioch University established a highly innovative low residency PhD Program in Leadership and Change. It has expanded to become Antioch’s Graduate School of Leadership & Change, which is a distinctive, outcomes-based, doctoral program focused on the study, research, and practice of leading positive change in workplaces and communities worldwide.

In 2008, Antioch University closed its residential College campus in Yellow Springs, Ohio due to significant enrollment and financial challenges. The College campus and other assets were then transferred in 2009 to a new Ohio non-profit corporation known as Antioch College Continuation Corporation, formed by a group of Antioch alumni. In that transaction, the University agreed to license to them the name “Antioch College”. The College was subsequently reopened in 2011 as a legally separate institution, but with a shared heritage with Antioch University. Those shared roots and an abiding commitment to social, economic and environmental justice remain at our core.

Antioch University provides learner-centered education to empower students with the knowledge and skills to lead meaningful lives and to advance social, economic, and environmental justice.

Antioch aspires to be a leading university offering learners and communities transformative education in a global context that fosters innovation and inspires social action.

Excellence in Teaching and Learning

The University offers quality academic programs relevant to the needs of today’s learners and embraces experiential learning by bridging academic outcomes with the real-world experience of all members of its learning community.

The University educates the whole person by cultivating personal growth, pragmatic idealism, and the achievement of professional goals.

The University supports the active engagement of students and faculty in both scholarship and service. Antioch values the creative and deliberative application of teaching and learning to ‘further social, economic and environmental justice.’

A Commitment to Social Engagement

The University maintains a historic commitment to promoting social justice and the common good. Students graduate from Antioch University with a heightened sense of their power and purpose as scholars, practitioners, and global citizens.

The University nurtures inclusive communities of learners, inspiring diversity of thought and action. Antioch University engages and supports the educational, cultural, and environmental vitality of the diverse regional, national, and international communities that it serves.