Most of us are well known about Indian famous women personalities like Kalpana Chawla, Kiran Bedi, Indira Gandhi, Saina nehwal and etc.. because we always do listen their successful stories in many meeting as an inspiration. Today I’m going to post about the life story of Kalpana Saroj who is the most struggled women personality and who became as an industrialist with out having any degree and competed equally with the top most business personalities.

Kalpana Saroj is a female entrepreneur and Tedx speaker. She was born in 1961 in Roperkheda village, Maharashtra, India. She is the chair person of “ kamini Tubes” and bagged the honourable “Padma shri “ award in 2013 in the field of Trades and Industries. She is described as the real “ SLUMDOG MILLIONAIRE ” and also sometimes considered  as India’s first women entrepreneur.

EARLY ROOTS OF HER LIFE: 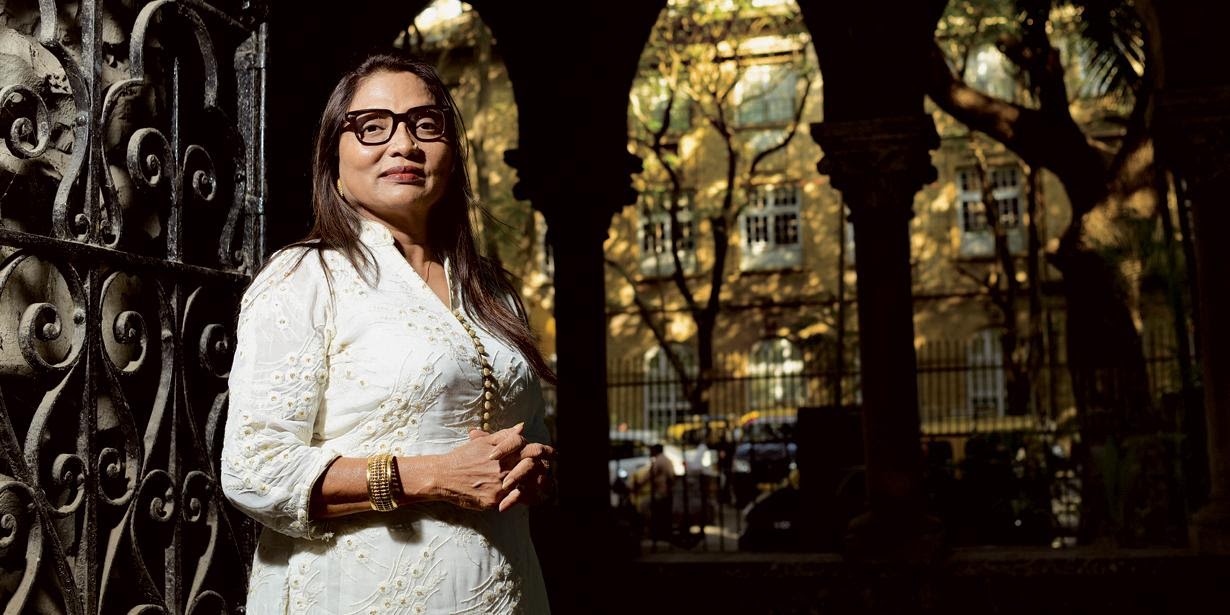 Kalpana was born in a Dalit family and her father was a constable. As she was from Dalit community, she is refused by everyone in her school. At that time’s, there was a custom to marry of the girls at an early age. Similarly, Kalpana parents were also fixed her alliance at the age of twelve years. After her marriage she move to the slum area of Mumbai along with her husband’s family. At a very tender age she faced torture in both physically and mentally at her mother-in-law house. She became as a sex toy to her husband and as a maid to her mother-in-law.

When her father visited her after the six months of marriage, he was shocked to see her daughter in horrible situations at her home and he immediately took her back to home. After moving back to her native place she was taunted by every person in her village and later after same days, she mentally got weaken and attempted suicide. After her suicide attempt, she became strong and empowered with regained energy and again moved to Mumbai in the search of her new life.

BUILDING A NEW PATH IN HER LIFE:

As and when she moved to Mumbai she started working as a tailor in a garment factory, with in a few months she mastered at the art of sewing and managed to get get a decent hike but when the things in her life was improving suddenly her life took an U-turn with death of her younger sister who was died because of insufficient amount of money for the treatment, Then she got realized about the importance of money in once life.

After few months of her sister’s death, she decided to begin a new life in the form of business. One day she heard about the Government loan scheme for Dalits in radio and she applied for that scheme. After the Government loan got sanctioned, she turned that amount into a few sewing machines and started working sixteen hours per day on them. As it is a profitable venture she got profits in her first business and she started investing the profits on the furniture business along with the tailoring business.

One day, a man approached Kalpana with a proposal of buying land, at a price of 2.5 lakhs which was caught in legal troubles because of having the need of money urgently, he supposed to sell his land to kalpana. Kalpana grabbed that opportunity and gave him a lakh in advance and paid the remaining amount within a few months. For two years, she fought the legal battle and cleared the litigation issue of the land.

The workers of Kamani Tubes( A metal engineering company) got impressed with her logical and entrepreneurial skills in dealing with the land litigation issue they approached her to take charge over the company and settle the debts. With her perseverance and patience she cleared all the debts of company in the short span of time and restructured that company to bring back to profit’s path with her entrepreneurial and managing skills. 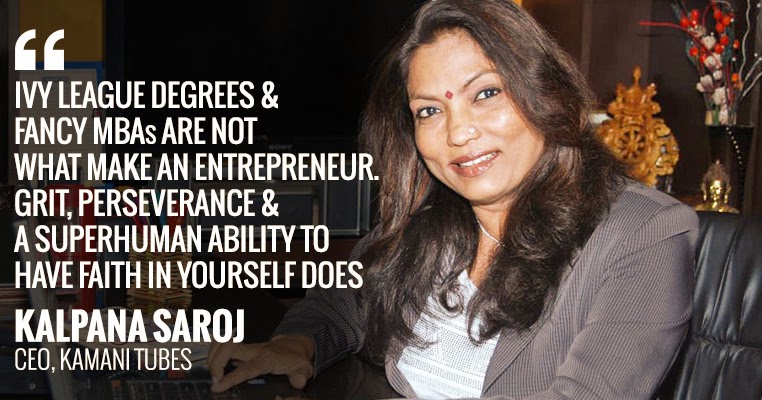 Today, She is the chairperson of an Industrial setup and owns net worth of 112 million dollars(Rs. 2000 crore). She also started a film production house which is named as KS FILM PRODUCTION. This is the successful story of Kalpana Saroj who crossed many barriers to reach this position. Her life shows us the reality of facing hardships with out giving up. Soon, Kalpana Saroj biopic is going to be filmed out in future where we can see her struggles clearly in that film.

Guys finally do remember that, “Life is full of events and situations which act as a sources of infinite wisdom. We have to find ways out of the multitude of adversities which will teach us valuable lessons on the importance of will power and hard work”