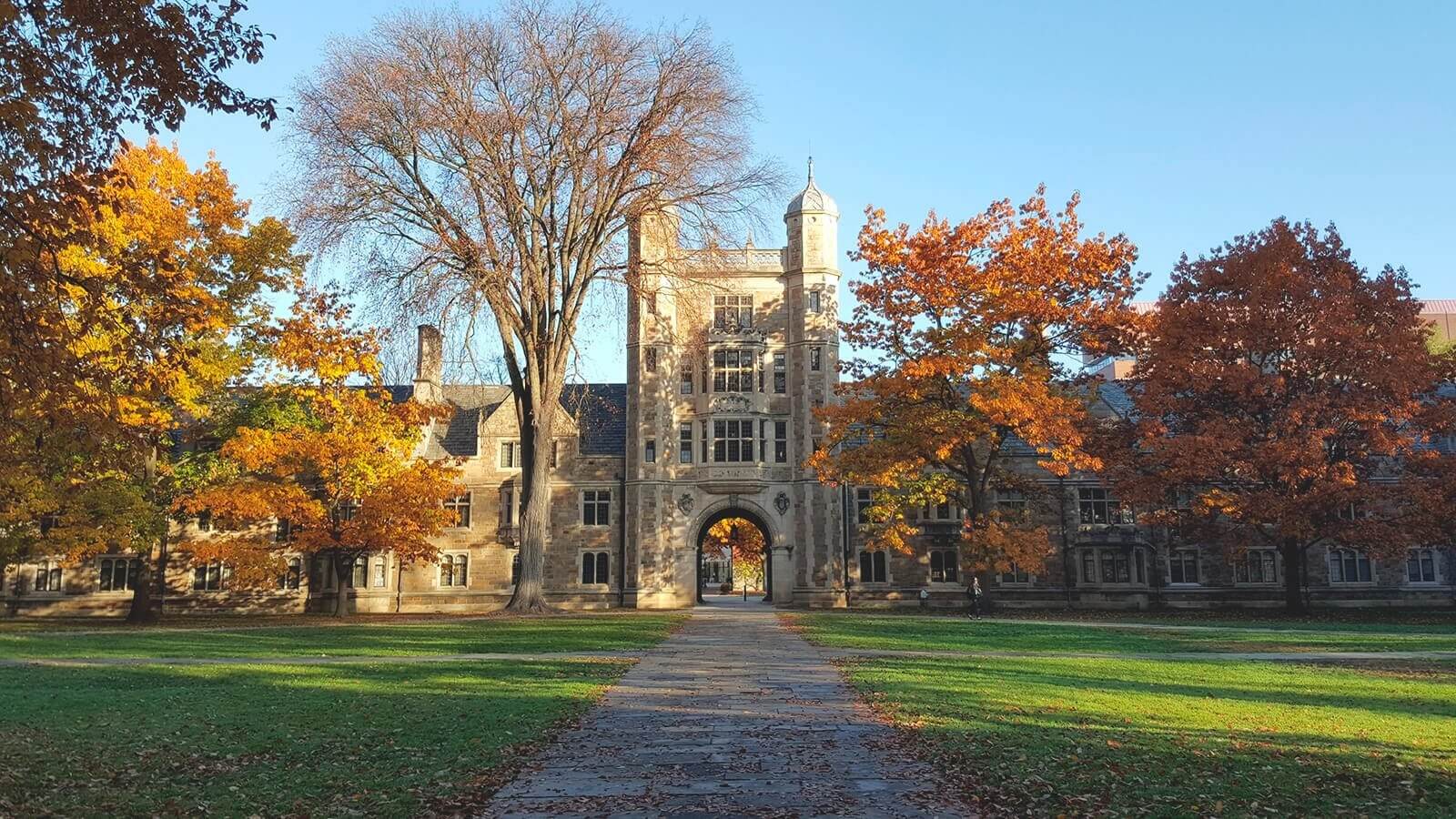 University of Michigan
·         ABOUT
One of the foremost research universities in the United States, the University of Michigan was founded in 1817, before Michigan had even become a state, and moved from Detroit to what is now its Central campus in Ann Arbor in 1837.
Michigan spans 780 acres, which is made up of its Central and North campuses, two regional campuses, and a center in Detroit. It has a large student body of around 45,000, with undergraduates numbering two-thirds of that number.
Michigan has been lauded for having high standards of research, and the university’s comprehensive graduate program offers doctoral degrees in the humanities, social sciences, and STEM fields (science, technology, engineering and mathematics) as well as professional degrees in architecture, business, medicine, law, pharmacy, nursing, social work, public health, and dentistry.
Michigan\’s body of living alumni comprises more than 540,000 people, which is one of the largest alumni bases of any university in the world and a valuable resource for current students when it comes to networking and building industry connections.
Around a quarter of all students are accommodated on campus, with three large residence halls serving undergraduates, and family housing which is intended mainly for graduates. There are also off-campus apartments, houses, and co-operatives, which generally house upper division and graduate students, as well as ‘theme communities’ within residence halls, where students can immerse themselves among peers with similar interests.
Michigan has nearly 1,500 clubs and societies, including engineering project teams, community service organizations, and charitable projects. The Michigan Marching Band is over 100 years old and has 350 student members, and other noted musical ensembles include the University of Michigan Men’s Glee Club, a men’s chorus with over 100 members.
Michigan has a history of student activism, and there are a number of groups dedicated to various worth causes. Some, such as the United Students Against Sweatshops (USAS), devote themselves to more left-wing causes, in this case holding to account multinational companies that exploit their workers in factories, but there are also conservative groups such as Young Americans for Freedom, as well as non-partisan groups.
Cultural and ethnical student organizations help students forge smaller communities from the large university population, and publications such as the Michigan Daily, published five days a week during term time, allow students to keep abreast of the latest news on campus.
https://www.youtube.com/channel/UCCzOJDJZHoBttdHAjJsnN9w?sub_confirmation=1