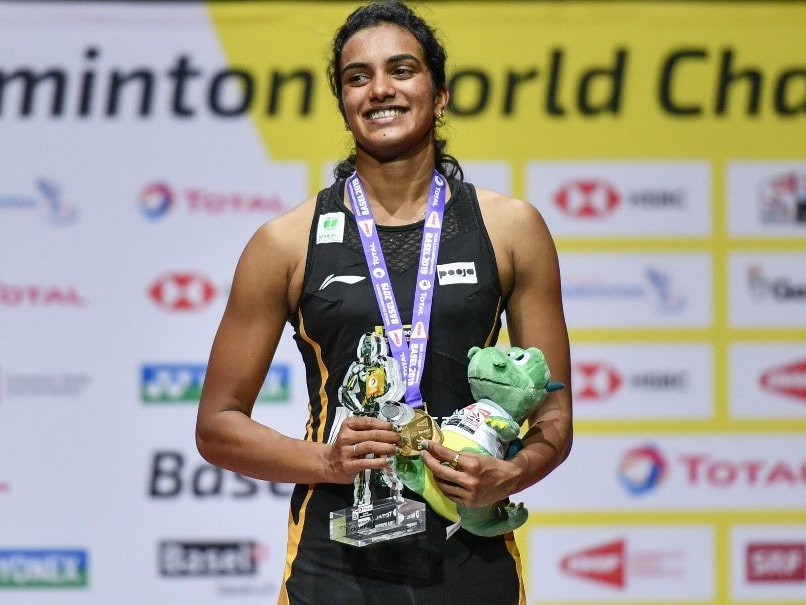 Her name will be written in the history of Indian badminton by Golden Letter as she is the first Indian to win the World Championships in Badminton. Interestingly, she has won this laurels in August (2019), which is the most auspicious month for Indians as we have got independence in this month as well as winning day (Sunday, 25/8/19) was her mother’s birthday. Both her parents are national level volleyball players. She is also one of the two Indian badminton players to ever win Olympic medal and other one is Saina Nehwal. From 2012 onwards, Sindhu’s sports carrier was in upward trend. Here few of her achievements (out of many) are presented – i) she won Malaysian open title 2013, ii) she reached semi-final in 2014 Commonwealth Games. And in the same year, she created history by becoming the first Indian to win two back-to-back bronze medals in the BWF World Badminton Championships, iii) in October 2015, at Denmark Open, she reached to her maiden final but lost. In the same year in November, P. V. Sindhu won her third successive women’s singles title at the Macau Open Grand Prix Gold, iv) In January 2016, she won the Malaysia Masters Grand Prix Gold women’s singles title, also in the same year at Rio Olympics, Sindhu clinched the silver medal and created history as she was youngest and first female individual to bag an Olympic Silver medal for India, v) now coming to 2017, in the BWF World Championships held in Scotland, she had to settle for silver after losing to Japan’s Okuhara in the finals but she defeated Okuhara in the final of 2017 Korea Open Super Series and became the first Indian to win Korea Open v) in 2018, all England Open, Sindhu made it to the top 4 and in the same year, she clinched silver medal in Asian games.
She was endowed with many many awards inter alia of which are Padma Shri, Arjuna Award, Rajiv Gandhi Khel Ratna Award, FICCI Breakthrough Sportsperson, NDTV Indian of the Year, the CNN-News18 Indian of the Year (originally CNN-IBN Indian of the Year) etc. But I feel her greatest award is love and affection from the people of India.
Wishing her more and more laurels.
– Writer is a famous for his writings on current affairs and social change.
Dr Shankar Chatterjee
Former Professor & Head (CPME),NIRD & PR ( Govt. of India), Hyderabad,  India
Former Associate Professor, Eritrea
Former Assistant Prof, Govt. Degree College, Tripura, India
Former Senior Planning Officer, Govt of Assam, India