The Union Minister for Information and Broadcasting, Shri Prakash Javadekar inaugurated All India Radio’s new Broadcast Auditorium and launched a digital version of ‘Gurbani’ of archival value as preserved in PrasarBharati Archives at New Delhi today.  To mark the 550th Prakash Parv of Guru Nanak DevJi, ‘BaniUtsav’ – a Shabad-Kirtan Concert by eminent Raagis was also organized by the External Services Division of All India Radio.
Expressing his contentment over the successfully completed new Auditorium, the Minister for Information and Broadcasting stated that this multi-purpose auditorium will now act as a one stop-destination for artists which will help in promoting their creativity and talent while also catering to honing one’s own skills and thus simultaneously representing India in the global front, “An auditorium of its own would not only help in organizing the existing regular events but also organise more events to popularise various genres of music, dance, theatre etc. and have the potential of turning the place into a new cultural hub and destination in the capital”, said Shri Javadekar.

@PIB_India
All #India Radio’s new Broadcast Auditorium is equipped with all the facilities like Multipurpose hall, Studios, Editing studios, Multimedia facility that would cater to the most of the requirements of an artist: Union Minister @PrakashJavdekar 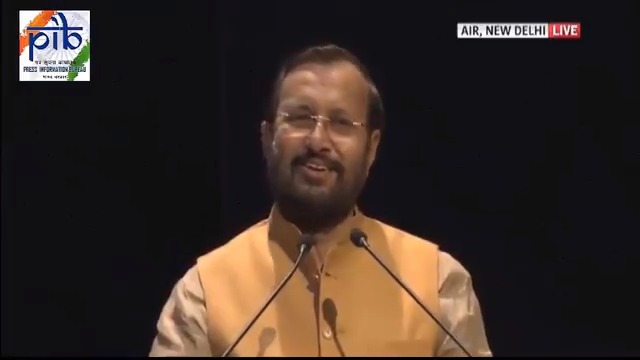 35 people are talking about this
Lauding the joined efforts of both PrasarBharati and Ministry of Information and Broadcasting in completing the state-of-the-art modernAuditorium, Shri Javadekar stressed to make the adequate utilization of such a facility and promote work of art.

Recalling upon the teachings of Guru Nanak DevJiMaharaj, Smt. Harsimrat Kaur Badalspoke of the noble saint’s Prakash having spread far and wide not only today in the times of technology, but over 500 years ago when he walked on the surface of the earth and travelled from Asia to Middle-East, Caribbean shores to Central Asian meadows and was received as a prophet of succour and solaceneeded by humanity for worldly and eternal peace, with a message of universal brotherhood.

@PIB_India
Walking for 26 years, covering a distance of more than 35,000 kilometers, through snow-covered mountains, deserts, and over rocks, #GuruNanakDevJi traveled to every corner of the world with just one message, “Universal brotherhood”: Union Minister @HarsimratBadal_ 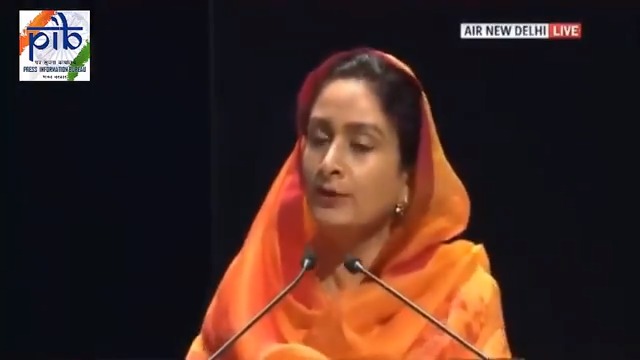 49 people are talking about this
The need for a modern auditorium of its own was felt for long by the constituents of PrasarBharati – All India Radio and Doordarshan for organizing cultural events like music and dance concerts, talent hunt shows, memorial lectures etc.
The 465-seat Auditorium encompasses Broadcast Museum, SanskarGeet Corner, Rehearsal Hall, Library, Conference facility and Cafeteria under one roof with a gallery overlooking the floor and inbuilt devices for recording, online editing, uplinking and live streaming of audio and visual content. This facility will cater to the requirements of PrasarBharati’s aural and visual wings, i.e. All India Radio and Doordarshan.
The auditorium complex which is situated inside the AIR premises in the Parliament Street overlooks a newly created sprawling Rock Garden as part of its front façade and a huge green lawn at the posterior. Facade of the auditorium complex has been planned in conformity with Broadcasting house which is a heritage building Grade-II as per the NDMC list of heritage building.
It is worth mentioning that the entire space where this modern auditorium has come up was in a dilapidated condition. Massive renovation and retrofitting was required to be done to suit as per the requirement of the auditorium complex. The project was completed within a record time of 15 months which included 6 months time for renovation and retrofitting.
Amongst those present at the event were Dr. A. Surya Prakash, Chairman, PrasarBharati; Shri ShashiShekharVempati, CEO, PrasarBharati; Shri Amit Khare, Secretary, Ministry of Information and Broadcasting and Shri FayyazSheheryar, Director General, All India Radio.
***