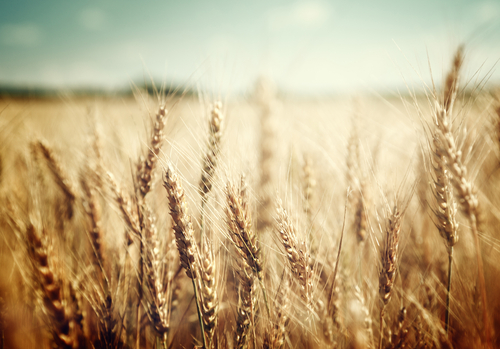 The Rubenstein School of Environment

A Bit of Background

Despite the fact I wrote a book about the relationship between African Americans and the environment—and have studied the subject in depth—I don’t refer to myself an “environmentalist.” Most of my years have been dedicated to the arts since I dropped out of school when I first attended college. I always loved school, but I wanted to do something else at the time. I embraced acting and the chance to perform. And so, I am an “actor.” Since the age of 9 or 10, I’ve loved maps. As a kid I even subscribed to one of those programs that sent monthly boxes filled with maps, stamps, crafts, etc. from one country of the world. When I left the performance world, I went on a series of backpacking trips, spending a significant amount of time in Africa and Nepal, and opened my eyes as to how other people were living in the world. At the same time I embraced the opportunity for identity expansion, changing the way I showed up in the world around me. And so, I am an “explorer.” Following the five-year period of my travels, I went back to school. My experiences ignited a great interest in women’s issues and their role in international development. I wanted whatever I studied to have a practical purpose that could be put to use immediately in the world around me. I earned my B.A., worked at a homeless shelter in Seattle, then went back for an M.A. where I had the opportunity to study women and forest management in Nepal. I chose geography as the subject of my Ph.D. because I loved the idea of looking at the relationship between people and the land upon which they stand. And so, I am a “cultural geographer.” In short, what I call myself depends on the what day it is. The point here is that you don’t need to be an “environmentalist” to study humans’ relationship with the world around us. And you don’t have to be an “academic” to absorb the facts. The experience of writing Black Faces, White Spaces was really the culmination of all the roles with which I have identified. So much of academia is about the presentation of numbers, but my artistic side really wanted to tell stories. I wanted many different types of people to have access to the academic material. And so, the book was born, and I am a “writer.”

Considering the Past: Slavery and Segregation

As stated in the introduction, this book argues from the assumption that environmentalism and the meanings we attribute to the environment are grounded in history, race, gender and culture. While I’m careful not to characterize an entire group of people, there are some historical aspects of American culture that play a common role in this relationship. For example, the entire country was shaped by slavery—not just the slaves themselves. The idea that we can enslave a group of people to work the land is always lurking in the background in terms of who we are and how we think of the environment in this country, whether we want to own it or not. It mirrors the way we think about the environment as well, that land is property—something we can own. We separate ourselves as humans vs. nature, in the same way slaves were separated from those who could make their own decisions. And the notion of making free choices permeates through Jim Crow segregation in the middle of the 20th century as well. It limited the ability of African Americans to make the best choices for themselves. Their experience was defined by social and cultural mores, as there were places where they simply were not allowed to go. With the Great Migration to northern cities, the main focus was on civilized opportunities, and for many this meant working in the industrial field, away from rural areas. My parents were part of this movement as well, though they worked as caretakers of a 12-acre property outside New York City after my father came back from the Korean War. They didn’t own the land they worked on, but they understood it far better than the owners. In instances such as this, whose knowledge counts?

In short, to think that these aspects of our culture don’t still shape the relationship between African Americans and the environment today is misguided. Look at the aftermath of Hurricane Katrina and what it revealed about us as a nation and our relationship to a place and the land. We have a history in this country with the idea of Manifest Destiny and conquest—that it’s our God-given right to engage with the the land. And so people came to New Orleans, which has strategic value as it’s located at the mouth of the Mississippi River. But at the same time, this land is a swamp. What Hurricane Katrina revealed was how flawed it was that we tried to control the swap, and beyond that our relationship to land and nature. It showed our entitlement in thinking we can control everything using technology and brute force. It revealed how questions of poverty and economic privilege are tied to issues of access and being able to get out when you need to, and how owning one’s own car is simply not everyone’s reality. And not only did it reveal how African Americans were portrayed negatively in the media (think white “survival” vs. black “looting”), but it also showed how quickly it became a black-and-white conversation, when there were many other groups of people who suffered as well—particularly within the Vietnamese and Native communities. What does the way we deal with a “natural” disaster mean in terms of where we place our cities and which places and people get overlooked?

For those considering reading the book or studying environmentalism and your relationship with the world around you, I urge you to start by writing your own environmental autobiography. Be clear about your own standpoint. Where do you come from? What is your perspective? How are you subjective? This will tell you something about yourself and bring clarity to what you can bring to the conversation. I believe all knowledge is subjective, and you view everything you study through your lens of experience. But this isn’t something to shy away from. Rather, it’s something to own. It changes the way knowledge is produced and understood. As a black woman, I’ve also considered who, historically, has not been able to participate in academic study or the privileged spaces of knowledge production. I consider my parents, who have high-school educations, and how any intimidation they feel about their intelligence comes from a world that says academic degrees make you smart. Knowledge comes from everywhere. Let’s throw out some of the rules and come up with new ways of learning, new ways of sharing knowledge, new ways of engaging different ideas and new ways of moving forward. What are we so afraid of?