The conflict of Kashmir…

On February 14th 2019, a suicide bomber attacked a convoy of Indian security forces. “We’re getting reports of multiple casualties in a roadside…” He killed at least 40 Indian soldiers here in Kashmir. “The deadliest attack the region has seen this century.” The bomber was part of an Islamic militant group based in Pakistan. “Jaish-e-Mohammed claimed responsibility for that attack.” 12 days later, India carried out airstrikes in Northwestern Pakistan. Then Pakistan shot down at least one Indian aircraft around here. “The most serious escalation in years.” Kashmir is one of the most disputed places on Earth. Over the course of 70 years, it’s been at the center of three wars fought between two massive armies. It’s heavily occupied by more than half a million Indian troops and a deadly collection of militias and terrorist groups. 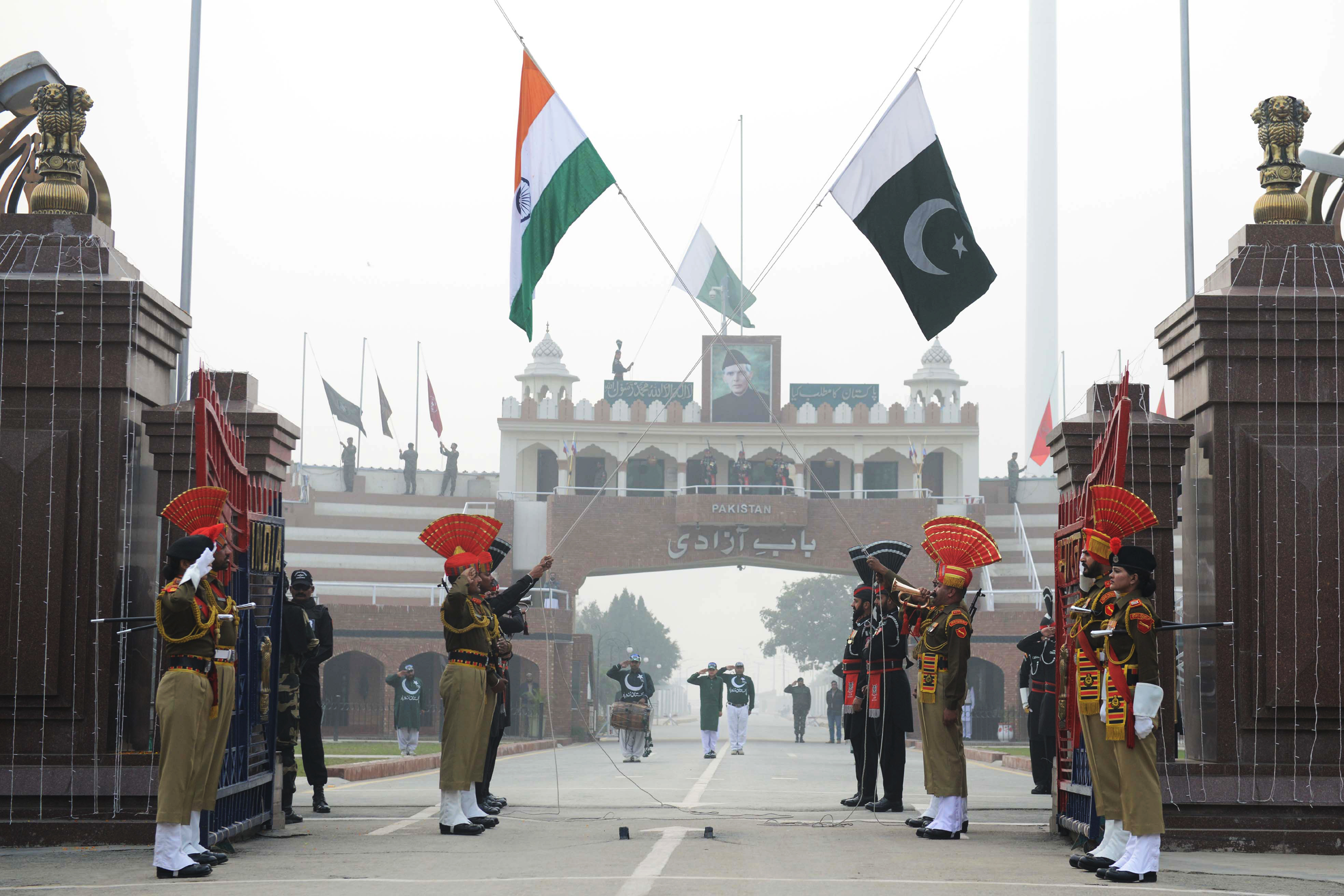 Kashmir is the stage for the relentless conflict between India and Pakistan. But focusing on the two countries can obscure what’s really at stake: The voice of Kashmiris who are caught in a vicious cycle of violence. Kashmir is one of the most strategic places in the world, where 3 powerful countries collide: India, Pakistan, and China. China invaded and took this slice of Kashmir from India. And was given this one by Pakistan. India and Pakistan control these parts, but lay claim to more. This region is at the center of a brutal conflict over these disputed borders. So it’s important to start when they were being drawn. In the mid-1800s, India was a patchwork of several hundred provinces and princely states under British rule. A century later, when British India won independence, the British left and hastily decided to split the region into two. These areas would be a new Muslim-majority country, Pakistan. And this would be the mostly Hindu, but secular, India. The partition was bloody. “Communal hatred flares up within the Punjab.” “1 million people become refugees overnight.” “They flee from savagery and butchery that has never been exceeded, even in India’s stormy history.” Amid the chaos, some princely states were given the choice to join either country. In most cases, the ruling monarchs followed the will of their people. But this state, called “Jammu & Kashmir” was different. It was right along this new border and had a Muslim-majority population, but was ruled by a Hindu monarch. When asked to pick a side, the ruler chose to stay neutral Fearing that the monarch would join India, the Kashmiri population rebelled here in 1947 Armed tribesmen from Pakistan soon joined the fight. 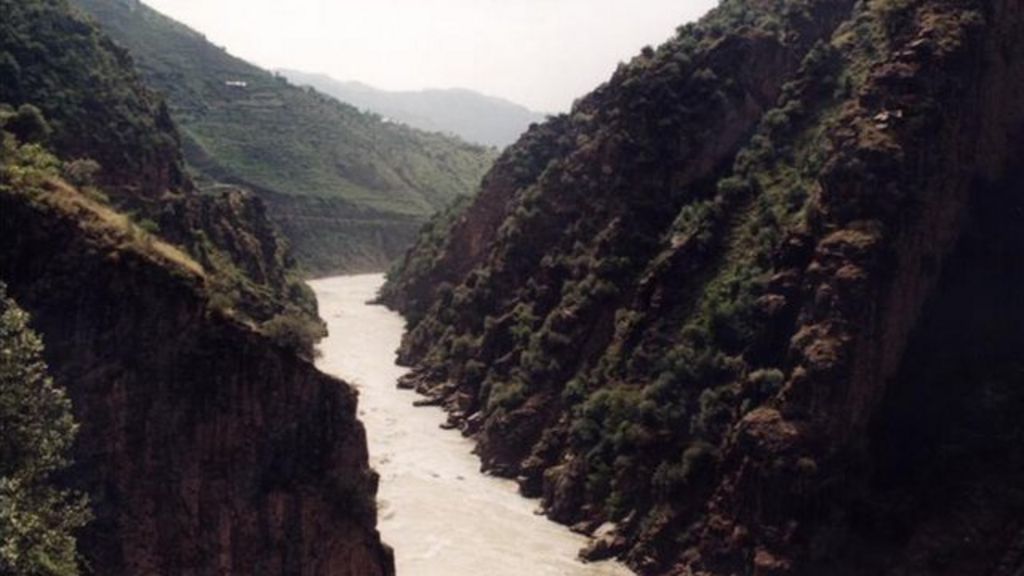 The monarch turned to India for military help and in exchange agreed to join them, which sparked the first Indo-Pakistan war in Kashmir. “Continuing thus increased the threat to world peace and brought the dispute to the eye of the United Nations . The UN Security Council brokered a ceasefire in 1949, which established this line with Pakistan controlling this side and India this one. It also asked Pakistani tribesmen to withdraw and Indian troops to follow, so that Kashmir could hold a direct vote to decide its own future. But neither held up their end of the deal. Pakistan argued that Kashmir’s Muslim-majority population rightfully belonged with them. While India insisted that Kashmir was handed over to them by the Hindu monarch. So they doubled down and added Kashmir to their constution. Both countries continued to tighten their grip around it for many years . “Kashmir. Fighting is going on and heavy casualties in men and equipment have been inflicted on the aggressor.” 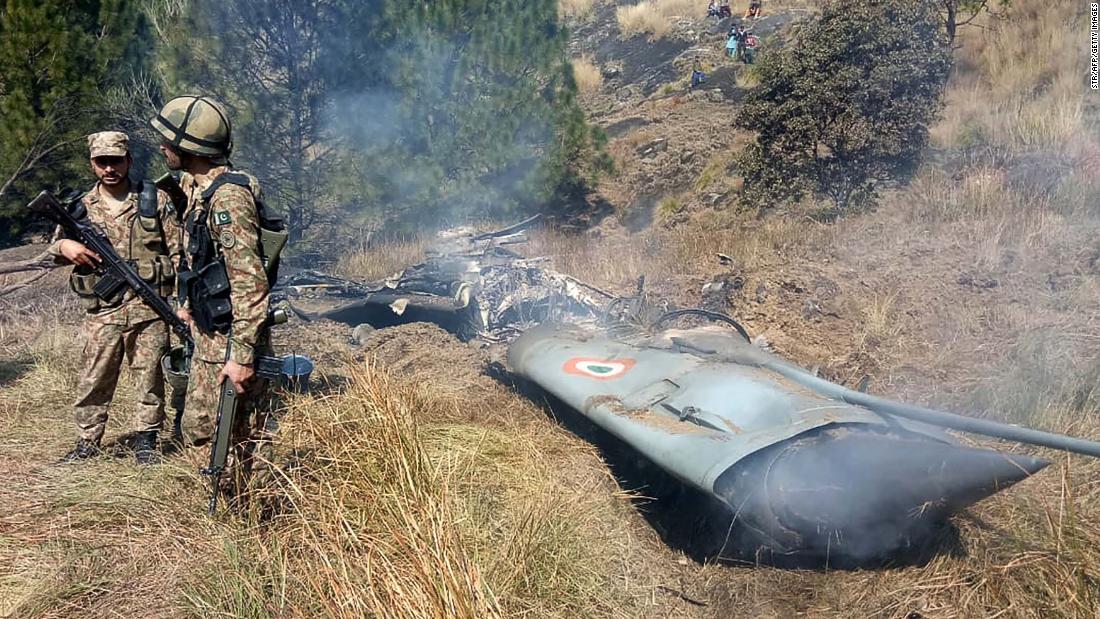 In 1965, the second India-Pakistan war broke out in Kashmir. Thousands of people were killed between the huge armies on both sides. A ceasefire ended the war, but didn’t change this line. Kashmir was kept divided and occupied. And another war broke out in 1971. This time the focus wasn’t in Kashmir — it was in East Pakistan. Here, India helped rebels fight for independence and dealt Pakistan a devastating defeat. This region became a new country, Bangladesh, and Pakistan lost its eastern half. This made Kashmir more important than ever: It became one of the most militarized places on Earth, as India and Pakistan deployed planes, tanks, artillery, and soldiers along the Line of Control. On the political front, in ’87, India reportedly rigged an election, declaring a pro-India party as the winner. Now this was a big turning point for many Kashmiris, who felt they were again denied the chance to vote. Thousands took to the streets in Indian-controlled Kashmir to protest the occupation. But India met the movement for independence with harsh resistance. Which quickly escalated to more violence.
“In January security forces opened fire on demonstrating separatists, turning a two-year old struggling movement into a full-blown popular uprising.” “More than 600 people are killed in clashes between troops and separatists.” Kashmiri militias, just like the Jammu and Kashmir Liberation Front, started recruiting Muslim youth to fight for independence. And increasingly attacked the Indian military. Pakistan saw an opportunity in this insurgency. They helped introduce a new kind of militant group: Radical Islamic fighters who fought for a more pro-Pakistan Kashmir. By the mid ’90s, these groups dominated the insurgency. India responded with incredible military force, deploying 500,000 troops to Kashmir. And they cracked down on militants and protestors. Unarmed civilians were killed and many more were forced to flee the violence. And in ’98 the stakes were raised yet again. “Today India conducted three underground nuclear tests.” “Pakistan today successfully conducted five nuclear tests.” Kashmir became a battleground between two nuclear-armed nations and another war broke out in 1999. “More evidence of the attacks being launched on the Indian-controlled area of Kargil.” “The past two days have seen a number of the fiercest fighting thus far .” “Militant Muslim fighters have also crossed over into some parts of Indian-ruled Kashmir.” The 1999 war ended with another ceasefire, but that did not stop either country. 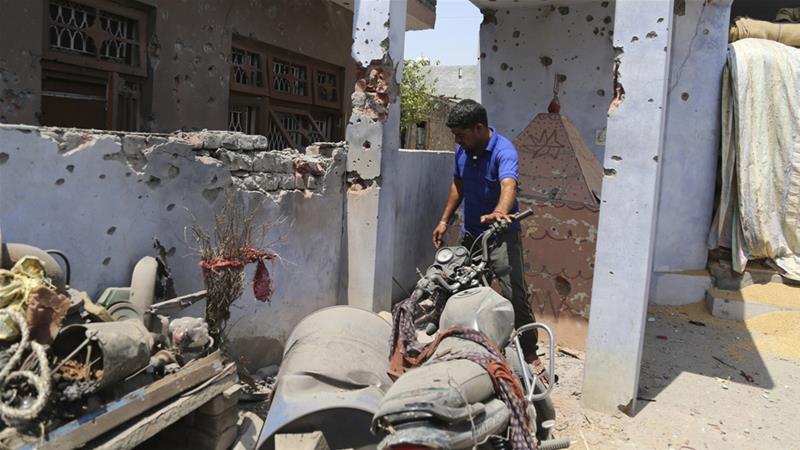 Over the years, Pakistan’s militant groups got bolder and launched terror attacks in Kashmir and outside of Kashmir. In 2001, members of Lashkar-e-Taiba bombed India’s parliament building in New Delhi killing 14 people. And in 2008, 10 militants from the same group killed 174 people and wounded 300 in Mumbai. Meanwhile, Indian military cracked down in Kashmir, firing bullets and pellets on unarmed protesters. Leaving hundreds wounded and blind. This is the vicious cycle of violence. The Indian Army’s crackdown drives some Kashmiris to join Pakistani-backed militant groups, who carry out violence against the Indian forces. It’s a cycle that Kashmiri civilians are stuck in the middle of. Which brings us back to 2019. The suicide bomber was 19-year old Adil Ahmed Dar from Pulwama, Kashmir. According to his parents, in 2016, Indian police officers stopped him and humiliated him by forcing his face into the ground. The same year he was shot in the leg at a protest. The next year, Dar left home with his brothers, to join Jaish-e-Mohammed, a Pakistani-supported militia that radicalized him and trained him to be a suicide bomber. A year later, he drove explosives into an Indian military convoy. For more than 70 years India and Pakistan have driven a cycle of violence, retaliation, and exploitation in Kashmir. But beneath it all is the Kashmiri’s wish to make a choice. A wish that continues to be suppressed, again and again, by violence.