Star Clusters- The family of stars

Many Stars in the milky way spend at least part of their lives in clusters.  Clusters are scientifically interesting because all their stars formed around the same time and generally have similar characteristics. For example, if the cloud in which they formed was rich in certain kinds of elements, then the stars from that cloud will contain higher amounts of those materials. If the cloud was metal-poor (that is, it had a lot of hydrogen and helium but very little of other elements), then the stars that form will reflect that metallicity. Their similarity makes cluster stars good targets for the study of stellar evolution (how stars age and die). Very young clusters interact with the remains of the gas and dust cloud from which they formed. Understanding how all types of clusters form in our galaxy gives astronomers good insights into how the process happens in other galaxies as well.  There are two types—open and globular.

Open clusters usually have up to a thousand or so stars gathered into an irregularly shaped collection. They are often found in the plane of the galaxy, which is where they form. Most of the stars in these clusters are less than 10 billion years old, and some still lie embedded in what’s left of their birth clouds. Our Sun was created in an open cluster that formed about 4.5 billion years ago. It has since moved away from its stellar siblings and now travels the galaxy alone.  Open clusters are generally found in spiral galaxies such as the Milky Way and irregular-type galaxies such as the Large and Small Magellanic Clouds, which are two of our galaxy’s closest neighbors.  Example of Open Clusters: 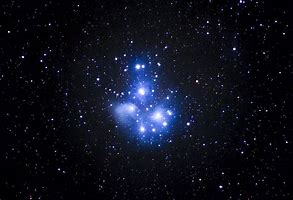 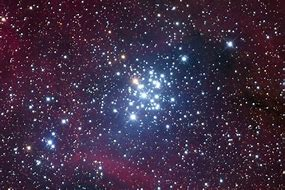 Globular clusters are collections of hundreds of thousands of old stars. The gravitational influence of all those stars binds the cluster together into a spherical, globular shape. Globulars swarm around the central region of the galaxy, called the halo. The Milky Way Galaxy has about 160 of these tightly packed clusters, but other galaxies have many more. Globulars roam around the halo and probably formed about the same time as the galaxy did.  Example of Globular Cluster: Tucanae 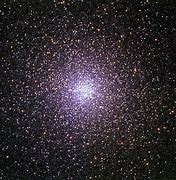 A cluster begins to form when some event triggers motion and turbulence in the birth cloud. For an open cluster, it could be a supernova explosion or a fast-moving wind ejecting material from an aging star in the near neighborhood. For a globular cluster, a galaxy collision could be one kind of trigger event. Whatever happens, it sends fast-moving material and shock waves through the birth cloud and starts the process of star birth. Once formation is complete, the cluster stars continue to evolve. If they are not strongly bound together by gravity, after about 100 million years they start to go their separate ways. Even though members of the cluster may get separated by large distances, they all tend to move through space in the same direction and at about the same speed. Sometimes interactions in the cluster will “kick” some stars out into space, sending them on radically different trajectories into the galaxy. Eventually, these stellar associations dissipate into what’s called a moving group, before they finally scatter to become part of the larger stellar population in the galaxy.