Visual Culture: How Visual is always contaminated by Non-Visual?

A creator may create an image but that single image can have multiple meanings for different individuals that may or may not go with what the creator was trying to convey. Such is the situation today where “visual” holds massive influence and power on the masses. The meaning of whatever we see around us is very subjective in nature, that is, it depends from person to person. And all the meanings that we derive from seeing something around us depends on our personal experiences and backgrounds we come from. The visuals can be decrypted by many according to their own thoughts. 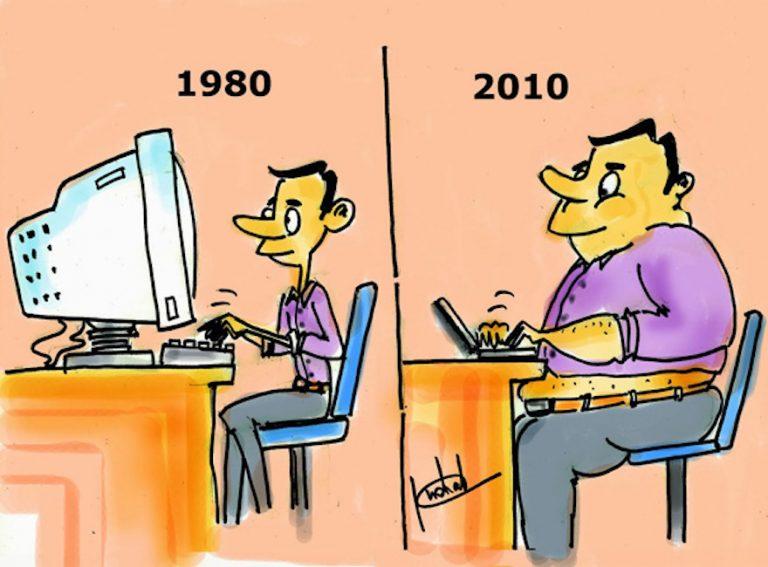 In the above picture, the creator was trying to convey how over the time we have so much indulged ourselves in technology that we have forgot to give time to ourselves and stopped caring about our health. However different people may interpret the image in different ways using their own understandings and logics like some may think this image shows advancement of technology from heavy computers to light weight laptops, some may think this picture shows the same person who has grown old in these 30 years.

The visual has risen steadily in importance in our culture. The presence of visual images has progressed from the high art of painting through various media such as still photographs, play television, video games etc. The increasing availability of various technologies has led to a massive presence of visuals around us.

Reading an image is about interrogating and playing with the separate elements that compose it to provide some private meaning. If we consider an “image” to be a combination of characteristics, then each one of us reading an image would construct and combine those characteristics attached to it and analyse it in new and unique ways.

The act of reading an image produces myths. It assembles in our minds various characteristics of image, some of which may change on subsequent readings and some of which may be undesirable. When we try to study an image, the image is brought into the world of discourse and meanings are constructed from and through them. . Images can become valuable if they generate powerful connotative meanings or if they are manipulated easily. Images acting as signifiers can evoke different meanings and examination of these images introduce the discourse.

Another example could be: 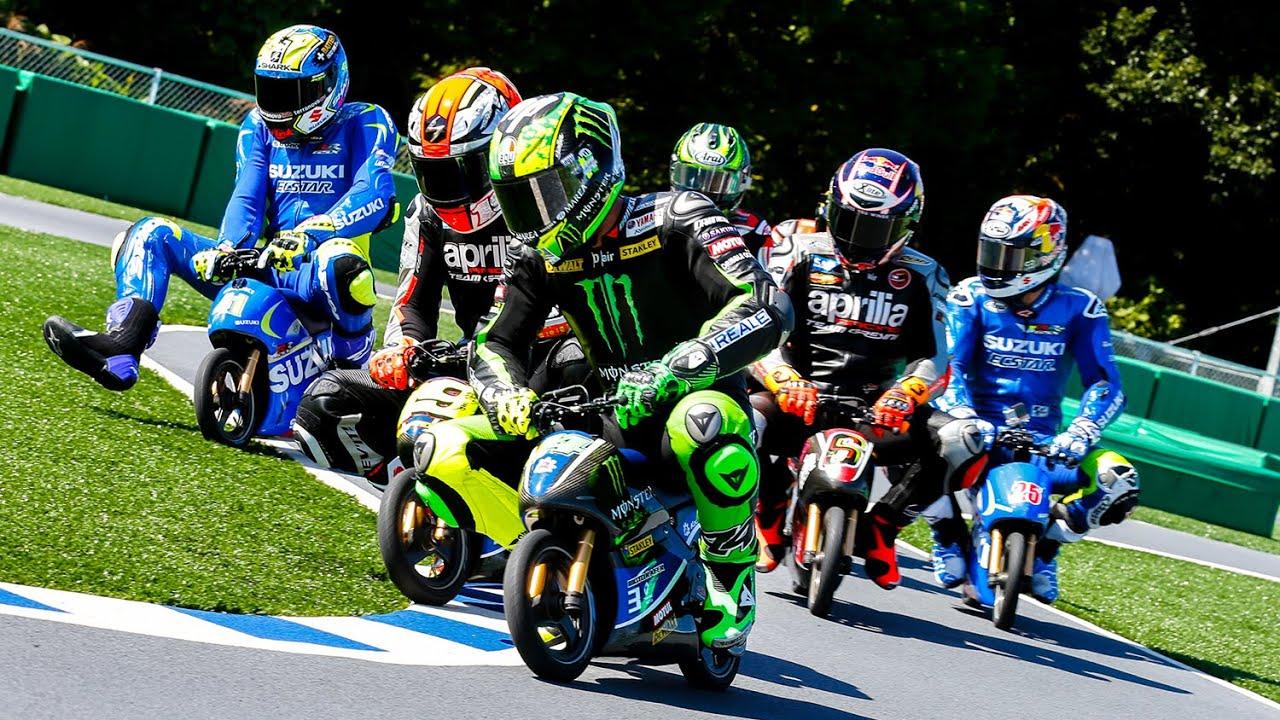 The above picture is from a mini bike race in Japan, in which the creator wanted to convey the “peculiarness” of the picture, that is, adults on mini bikes. Some may just focus on those mini bikes or some may just see it as a normal bike race or some may see how the one in the far right is going out of the lane or some may see all of the above mentioned and all of this depends upon the interests and thinking capacity of individuals.

Conclusion: Every picture says something and every picture is trying to convey us a message, even though a picture may not look thought provoking, it carries come thought or meaning in some or the other way. Several factors are involved in the evolution or what we can say is “contamination” or pollution of image or visuals. What a creator is trying to convey through a message can be completely different from how the viewer interprets and decrypts it. Every individual can have several different meanings about the same visual that can be positive, negative or both depending on his interests and background.