Skip to content
June 10, 2020 Educational News Uncategorized Comments Off on CLASSES OVER CORONA 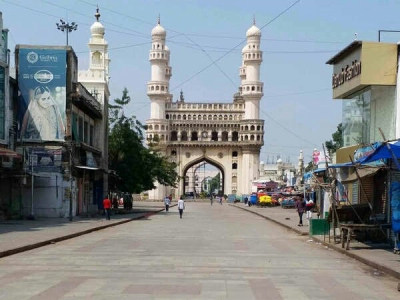 It has been almost 3 months, since the country is locked down, every street was empty and busiest places were lonely. All Organisation and institutions were shut down, and advised to work from home. Same was the educational institutions such as schools, and colleges were said to shut down, amidst of the running final exams and terminal tests, which was coming near. No one knew when the schools and colleges will open next and take the pending exams. So, the cases rose, and the chances grew slim of reopening of the schools, so a new way of teaching was introduced, the online class, which undoubtedly failed, as India has the majority students from the rural areas, which has poor connectivity of Internet, which makes them, inattentive in the classes. The same online way of taking examination was also introduced, but was opposed by the same majority of students. Still the institutions are in limbo, and are confused about what to do next.

As several board exams were pending and must be taken. The Central Government announced  dates and gave the students an option to held the pending board exams between 2nd July to 13th July 2020. This decision of govt. is opposed nationwide by the students and their guardians. As now, in the 2nd week of June, the current active cases in India is around 1.5 lakhs, and India is among the top 5 corona affected countries in the world. This step of taking examinations 1 month later, would make the young lives vulnerable to virus. And eventually a hike in cases nationwide.

But, its not just the CBSE, which is desperate to take examination, State Boards, Universities, Colleges are no exception. No sooner did the CBSE announced the dates, all rushed into announcing their dates of examination.
This led to a mass campaign on twitter ‘#StudentsLivesMatter’ inspired from ‘#BlackLivesMatter’. Several petitions were signed on change.org to urge the govt. to cancel the examinations as those can affect the student’s health and rise the cases in country. In response to such mass opposition, several state governments and universities decided to cancel the semester exams of 1st and 2nd year students, but final year students had to appear in the finals. Again, this decision was opposed, which caused too much confusion among students. Kerala took the exams for final year, in between of this chaotic situation. Thus, a student committed suicide, as she was accused of cheating during examination, as she couldn’t prepare for her exams. Though exams were cancelled for the final year students, too, but at a cost of a student’s life.

Although, the final year exams were called off, by several universities, still some universities like the CUSAT, is taking PG final year exams from home. It will be a open book test. Still, it don’t risk any student’s life. Students will safely appear in exams from their respective home. University also said, those who can’t have network connectivity, can mail their answers afterwards to the university. Inspite of such mass opposition, the CBSE and State Boards are obstinate to take Board exams in this mid-pandemic situation.

July is seen as the month of steep rise in Covid cases, by several medical institutions and experts, though many exams are scheduled in July. The month starts with CBSE, and other state’s pending Board exams, and then comes JEE(JOINT ENTRANCE EXAMINATION) Mains which is to be appeared by approx. 12lac students, scheduled from 18th July to 23rd July. It is followed by NEET(NATIONAL ELIGIBILITY ENTRANCE TEST), to be appeared by 15lacs students, scheduled on 26th July 2020. And many more private universities and state funded colleges will take their entrance exams. Eventually, students will need to rush to their examination centre city, from their home, if in any rural area. Such this movement will violate the norms of social distancing and make the students vulnerable to the virus.

The way institutions and governments are desperate in taking exams, shows how our education system is focused and cares only about grades. No such steps to enforce the daily classes have been taken by universities. But, the way, they are acting to take exams won’t give India a better future, rather it might take the India’s youth on tablets and isolation wards, or even worse, on ventilation. Thus, against such obstinate decision, parents have moved to Supreme Court to either postpone or cancel the pending exams, which are scheduled from 2nd July 2020.

Today, a new hashtag was trending on twitter ‘#HealthOverExams’ which clearly shows students and guardians are not in mood of appreciating exams in mid of this panic-pandemic situation. They have already made clear that their kids won’t go to school until there’s zero case in the country. Thus govt closed the schools till 15th August. Similarly the students who are said to appear for exams in this chaotic situation doesn’t seem to compromise with their health over any exams.