A galaxy is a gravitationally bound system of stars, stellar remnants, interstellar gas, dust, and dark matter.The word galaxy is derived from the Greek galaxias , literally “milky”, a reference to the Milky Way. Galaxies range in size from dwarfs with just a few hundred million (108) stars to giants with one hundred trillion (1014) stars, each orbiting its galaxy’s center of mass.

Galaxies are categorized according to their visual morphology as elliptical, spiral, or irregular. Many galaxies are thought to have supermassive black holes at their centers. 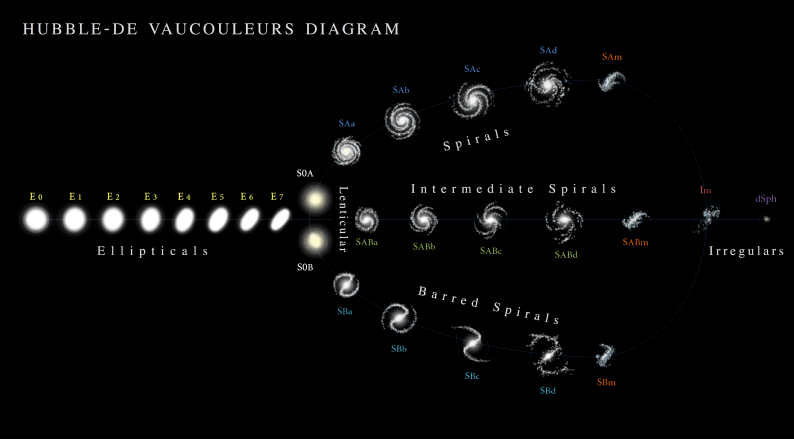 The Milky Way is the galaxy that includes our Solar System, with the name describing the galaxy’s appearance from Earth: a hazy band of light seen in the night sky formed from stars that cannot be individually distinguished by the naked eye. From Earth, the Milky Way appears as a band because its disk-shaped structure is viewed from within. Galileo Galilei first resolved the band of light into individual stars with his telescope in 1610. The Milky Way is a barred spiral galaxy with an estimated visible diameter of 100,000–200,000 light-years. Recent simulations suggest that a dark matter disk, also containing some visible stars, may extend up to a diameter of almost 2 million light-years. The Milky Way has several satellite galaxies and is part of the Local Group of galaxies, which form part of the Virgo Supercluster, which is itself a component of the Laniakea Supercluster. 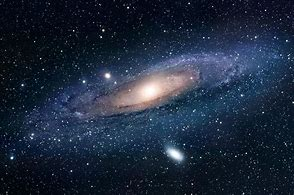 The Andromeda Galaxy also known as Messier 31, M31, or NGC 224 and originally the Andromeda Nebula, is a barred spiral galaxy approximately 2.5 million light-years (770 kiloparsecs) from Earth and the nearest major galaxy to the Milky Way. The galaxy’s name stems from the area of Earth’s sky in which it appears, the constellation of Andromeda, which itself is named after the Ethiopian (or Phoenician) princess who was the wife of Perseus in Greek mythology. The virial mass of the Andromeda Galaxy is of the same order of magnitude as that of the Milky Way, at 1 trillion solar masses (2.0×1042 kilograms). The Andromeda Galaxy has a diameter of about 220,000 ly (67 kpc), making it the largest member of the Local Group in terms of extension. The number of stars contained in the Andromeda Galaxy is estimated at one trillion (1×1012), or roughly twice the number estimated for the Milky Way.

NGC 6822 (also known as Barnard’s Galaxy, IC 4895, or Caldwell 57) is a barred irregular galaxy approximately 1.6 million light-years away in the constellation Sagittarius. Part of the Local Group of galaxies, it was discovered by E. E. Barnard in 1884 (hence its name), with a six-inch refractor telescope. It is one of the closer galaxies to the Milky Way. It is similar in structure and composition to the Small Magellanic Cloud. It is about 7,000 light-years in diameter. 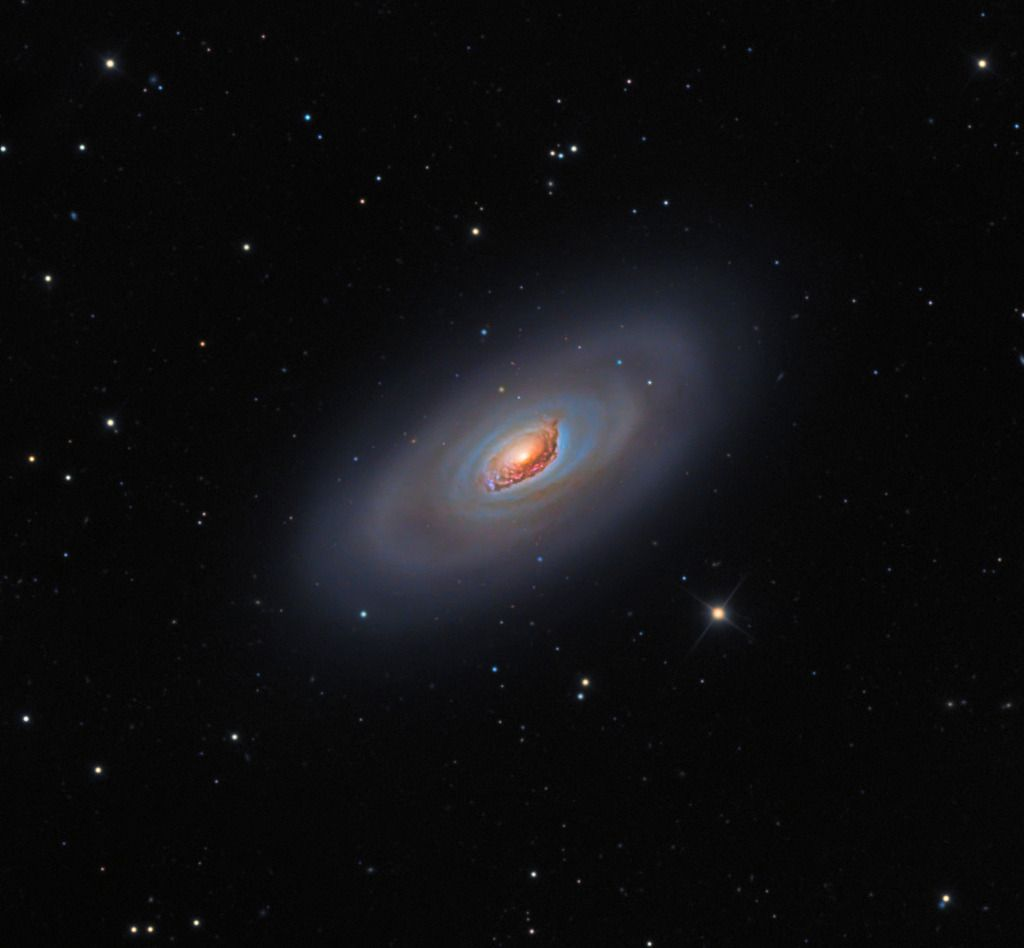 The Black Eye Galaxy (also called Sleeping Beauty Galaxy or Evil Eye Galaxy and designated Messier 64, M64, or NGC 4826) is a relatively isolated spiral galaxy 17 million light-years away in the mildly northern constellation of Coma Berenices. It was discovered by Edward Pigott in March 1779, and independently by Johann Elert Bode in April of the same year, as well as by Charles Messier the next year. A dark band of absorbing dust partially in front of its bright nucleus gave rise to its nicknames of the “Black Eye”, “Evil Eye”, or “Sleeping Beauty” galaxy. M64 is well known among amateur astronomers due to its form in small telescopes and visibility across inhabited latitudes. 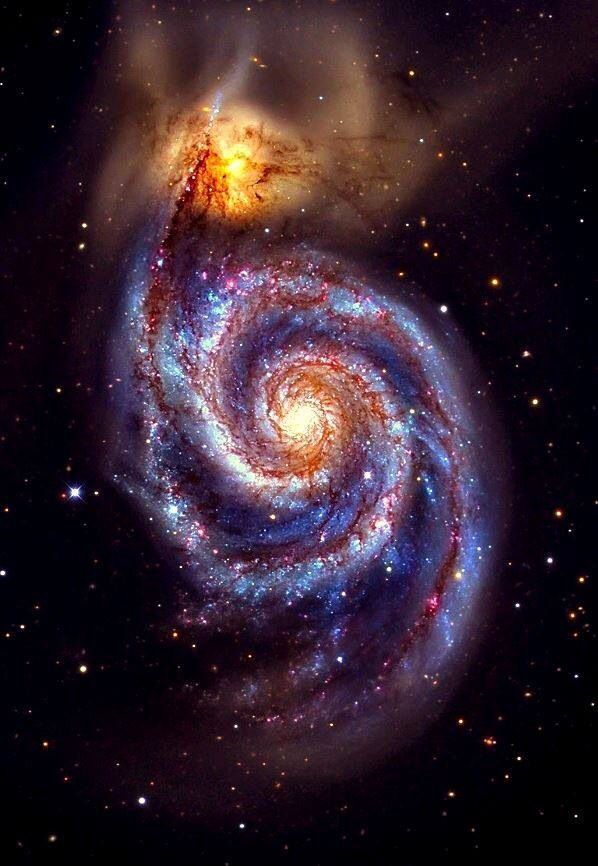 The Whirlpool Galaxy, also known as Messier 51a, M51a, and NGC 5194, is an interacting grand-design spiral galaxy with a Seyfert 2 active galactic nucleus. It lies in the constellation Canes Venatici, and was the first galaxy to be classified as a spiral galaxy. Its distance is estimated to be 31 million light-years away from Earth