How to Be a Strategic Leader 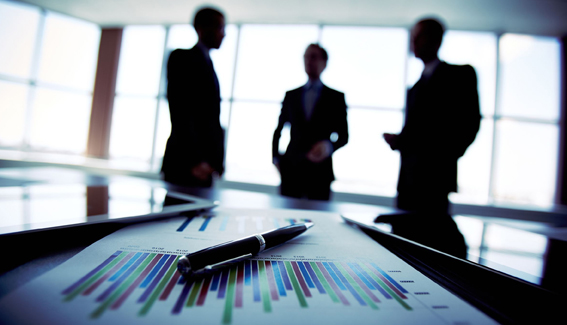 By Merryn Rutledge
Want to make your business sustainable? In order to do so, I think you must practice strategic leadership. In my UVM seminar on strategic leadership, I propose 12 capabilities of the strategic leader. Here’s a glimpse at two that contribute to making an organization that lasts.
First, I think a strategic leader has to be a visionary. “There are a lot more people who can take a hill than there are people who can accurately predict which hill it would be best to take…It is more likely that your organization will be outmaneuvered strategically than that it will be out produced tactically. Most organizations do pretty well what they do today. It’s what they need to be doing tomorrow that’s the missing skill” (Lombardo and Eichinger, 2000).
The visionary leader takes the organization on a journey, an adventure in success. I think of two of the many great leaders I’ve had the privilege of working with as an executive coach or change management consultant.
One, a leading voice in public health, has crisscrossed the nation building both the infrastructure and support for a level of quality assurance in public health institutions hitherto undreamed of. She inspires people with her vision of “the hill it would be best to take” for public health excellence.
Another such leader could “predict the hill it would be best to take” as soon as he became CEO. He saw that in order for his company to be a leader in the field, he had to refashion internal capacity. Seeing too much under-used talent and alarming turnover among middle managers, he first uprooted several iron-fisted lieutenants. Then he hired several senior leaders with a talent for leading others. Soon, younger managers were leading innovative, scalable projects that extended the organization’s reach, raised its profile and enhanced its finances. The CEO could devote more of his focus to a strategic imperative of “scouting” for priorities that would further extend the company’s leadership.
Both these leaders were able to survey a complex environment, internally and externally, spot “the hill,” and then infuse their organizations with energy and passion that said, “We are going places; join me – together, we are going to make a difference.”
Now think about Steve Jobs, with his boundless energy and passion to change the world through high quality, easy-to-use, and aesthetically beautiful technologies. Jobs could certainly “predict the hill;” in fact, he created several. At the same time, Jobs lacked a second strategic leader sensibility that I believe is crucial to sustaining a business.
Jobs chewed through people like a paper shredder. He saw and attracted talent, but he drove people beyond their limits, squeezed them by micro managing, and mercilessly berated them (Isaacson, 2011).
Better strategic leaders know that they will “take the hill” by getting and keeping smart, self-aware, principled fellow adventurers with strong management skills. Strategic leaders “get the right people on the bus,” as Jim Collins (2001) put it, and then inspire, develop, and support their initiative.
In Lombardo’s and Eichinger’s military metaphor, you don’t want to have to build a whole new army to take each hill. It’s much more efficient, much less wasteful, much more compassionate – and therefore more sustainable – to hire great people, given them what they need to be effective, stay in touch with them, and then let them fly.
https://www.youtube.com/channel/UCCzOJDJZHoBttdHAjJsnN9w?sub_confirmation=1