I’d like to share a couple of videos with you that I have used recently in the courses I teach. I find these videos particularly interesting because they show such contrasting approaches to learning and in particular – for want of a better word – elearning.This first one is from the early 1950’s and is about something called a ‘teaching machine’ which was created by behavioural psychologist B F Skinner.

As you see Skinner’s teaching machines, though not exactly iPads do look remarkably like  what we would recognise as computers. What’s also remarkable is the claims that he makes for them and the reasons why he believes they are effective are remarkably similar to those made by many producers of learning and especially language learning software today.However, despite the extremely logical reasoning that Skinner expounds I’m sure if you were invited to sit down and use one of these machines for a period of time it wouldn’t hold your interest for very long and like me you probably watch those hard working children with a sense of pity.Of course it’s easy to look at videos like this with the advantage of hindsight and with a shinny iPad sitting close by and wonder at how they could ever have believed these machines would be effective, but if we look closely at quite a lot of elearning being produced these days, it isn’t long before we realise how similar in many ways it is to the kind of learning materials used on Skinner’s teaching machines. Gapfills, Multiple Choice Questions, True false Questions, etc. but with some multimedia rolled in still seem to be the mainstay of much computer based instruction and even mobile apps, so I’m not surprised to find that many of the teachers who come onto the courses I teach want to know how to use and produce these kinds of materials and to be honest I can see that they do have their place, but I think we should be aiming to do so much more than that with the materials we produce.Here’s the contrasting video that I like to use.This clearly shows a completely different approach to the use of technology and for me a much more powerful one. It shifts the role of the computer from being a storage place for predefined information and transforms it into a conduit by which knowledge is shared and constructed through the interaction between people. I think this aspect of computer based learning is the one that most critics of educational technology most often fail to see, unfortunately it’s also this aspect and role of the computer that is most often feared and blocked by educational institutions around the globe, and ironically enough, by governments wishing to suppress the rights of their citizens.These videos and the methods of education demonstrated within them also highlight some other important points.In the first video knowledge is clearly seen as residing in the materials of the institution. The students have no part in the creation of the content nor do they have the chance to question the validity and accuracy of the content and the role of the students is simply to learn and remember the content.They sit in rows obediently working hard with no communication between them and no discussion sharing or collaboration of what they learning.The second of the videos is almost the opposite of this. The classroom and even the school has become almost unnecessary. The student creates and negotiates knowledge through interaction with multiple sources of information and using multiple channels of communication. The student acts independently and works autonomously much of the time.In a time when critical thinking, creativity and the ability to evaluate and manage information have become so important, it’s clear to see which kind of student we should be creating within our schools and the way we design and apply out learning tasks and materials will be a key factor in this. 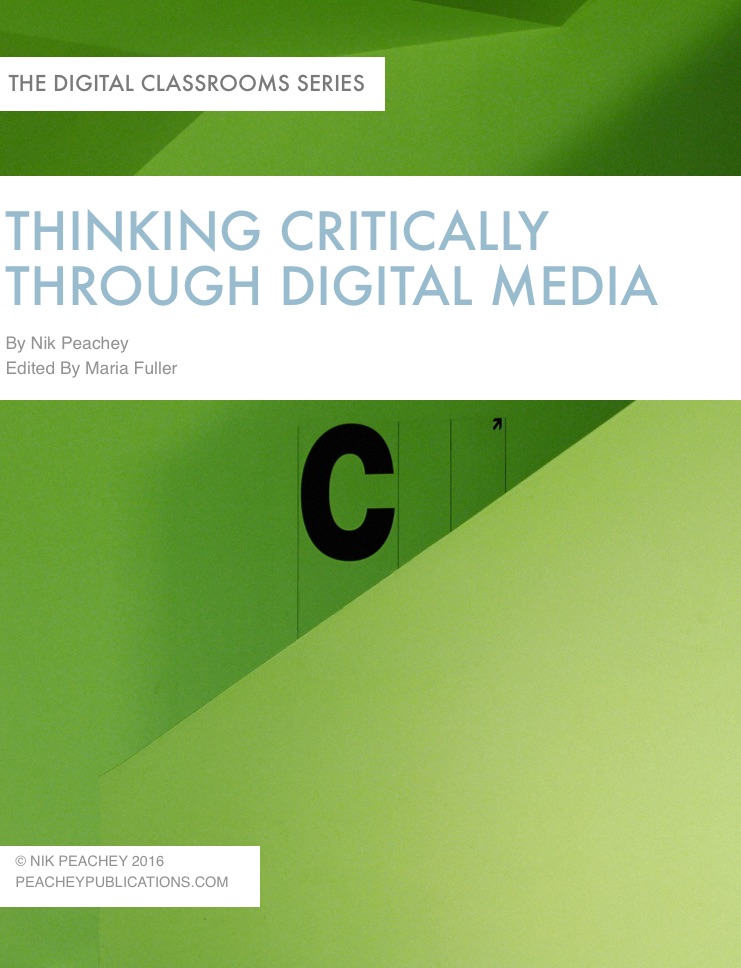 Check out my ebook

It’s true that the student in the second video isn’t a language student, and developing linguistic ability is about more than finding and applying knowledge, it also has to do with skills and the practice and development of those skills, but what better way to do this than from the kinds of authentic network building and knowledge building tasks that can help our students become life long learners of far more than language?The final thing that strikes me about these two videos is how they reflect the kinds of societies that the system of education seeks to create. For me the first is a society of obedient unquestioning worker drones being spoon fed information that will enable them to fulfil their predefined roles. The second is a society in which individuals are encouraged to think, act and explore, to question and to create. I know which I would prefer to live in.Related links